Here we are in December and I missed November and the very end of October so here comes that backtrack.

Seems like every year Halloween gets stretched out longer and longer with more and more activities, but we like all the fun and candy. One of my favorite parts is an adults only Halloween party one of our neighbors organizes. The best part of this years party was a lipsink from our host dressed up as David Bowe (the goblin king) from the movie Labyrinth. He sang Dance Magic Dance and it was unforgetable. It's all I can think about when ever I see him now. Leiden was excited to be a giraffe again this year so that made my

job easy. I doubt it will fit again next year though. The young men in our ward had an activity that tested all ranges of their abilities and earned points for doing the best in each catagory. I remembered something my brother used to do with his friends in highschool and thought it would be a good addition to the YM activity. Its titled the Cocoa Challenge

. Each YM had to try to consume a spoonful of Cocoa. Needless to say I had a cocoa cloud lingering in my kitchen and many boys in our back yard throwing up. I dont think I ever threw up on YW when I was growing up. Hmm maybe there is something wrong here. Jake turned the big 30 this month and we had a Wild West themed party complete with an eggnog bar tender, cowboy duels and animal roundups. The day before his birthday the heavens parted and a miracle happened in my kitchen

. I made a cake that didn't sink in the middle and formed it into a cactus for the party. We are ending the year of 2009 and every year Jake and I try to set goals. He set one for himself that I thought was unabtainable given his body type, but Jake, unlike myself, always makes good on his goals. He wanted to have a 6 pack by the time he turned 30. Here's the proof.

Jake reminded me today of a photo I fogot to post. This is on our trip to arches with the Ashbys. Arent they so cute. What a pair.
Posted by Anonymous at 10:04 AM 1 comment:

I finaly got of few picts of the home we did with Holmes for the Parade. There was a lady that came into my store last week that said oh my gosh I was so inspired by the house and colors that I blogged about it. Super flattering. It really was fun to do and a designers dream but when you are in it doing the work it is still work. You dont get to do everything you want because there is still

clients involved but I love

becuase that is not something I can typically suggests and then get to see it really happen. Then 4 days after I got back

from Cyprus we had a 1/2 marathon.

was so good to dress up as a Super hero and support our little activitie. It makes up feel so cool. :) I was super surprized how close every one stayed together. I mean relatively, Braden Bronson won of course (dang young kids) then 15 minutes after him I dragged my sorry bones across the finish line with a time of 2hr and 27 minutes. I dooped Rebecca Gardner into sticking with me for the run right till the end when she somehow found the energy to finish strong but then she got suckered into everyones congrats and forgot to cross the timers line.(sucka) And then there is Simone who obviously does not get the rules of participating in the Seethaler events because everyone knows that if you beat me you dont get to participate in the next one. (Seriously get a clue :) she had an outstanding run. I was really proud of everyone and was greatful for our lovely support staff. Especially our traveling

Last month I got to go to London

and Cyprus. So here are a few highlights and photos from the trip. First we went to London and were able to see a few of the typical touristy spots. We had to chase down this guard

after he was relieved from his post. He was walking so fast and it was obvious that he did not want to stop for photos but hey my mom rellly wanted a photo so we ran him down :) (poor guy)

The phone booths might look cute but they are filled with porn and numbers you can call for more fun:) We took a tour of the queen palace and I thought it was so weird that not one word was spoken about princess Dianna. (We asked our taxi driver why not and he said the general thought of the people there is that she was killed by the Queen and so that is why they dont mention her at all. Weird. Sounds like something out of an old fairytale book or something (mot real life) After 3 days we traveled to Cyprus and this is where we stayed.

Just teasing that was next door. Here are the cute little little boys we came to see. I think they are my best buds now.

This is the local market where you could see people actually hacking away at the bloody meat in the back moving their knives from one bloody animal carcass to the next oh and a box of fish in a crate in case you have a hankering for that. My favorite part about Cyprus is explained in this green sign. They drive on the other side of the road and sit on the wrong side of the car so my sister did most of the driving. My

hard in my life. My dad was so funny. As

walked around the ruins he had his nose in his Iphone. This is how he spent most of his time, trying to find out how to get from here to there for us so we wouldnt get lost and playing phone games. :) My favorite thing we did in Cyprus was boogie boarding in the Mediterranean. We visited a few ruins and climbed a ton of stairs. That is my sister Celest defacing a historical sight. Just teasing!!! There was no info at a few of the sites we went to so we decided this particular ruin was a urinal and she is demonstrating. All and all it was fun but I missed my family at home. Thanks to everyone who helped me with Leiden.

Posted by Anonymous at 3:10 PM No comments:

I know this is a lot to cram into a post but I want to remember it all and I have been busy. So.... Jake climbed Kings

Peak with the YM.
Dan (Jakes little bro.) got married and so L got to spend time with her baby cousin. L had a birthday and man was it a party. Jake said lets have ponies at her party. I said no this is not some MTV sweet 16 or soemthing but when I found out the price, I agreed. Looks like Jake and Jeremy almost forgot their ponies in their race. Thanks to all her friends young and old for coming. She also go to

participate in her first mutton bustin competition on her birthday.

She had been practicing on her best buddy (her dog) and on Jakes back. In the end Jakes ride was more gentle than the sheeps. She really wanted to do it, right up until they

put her on the sheep and two cowboys started making sure it was really her idea. She had to sit on the sheep for about

1 minute while the boy in front of her cried getting ready to go. Then tears started to swell up in her eyes so we shouted "let her go" They let out the bucking sheep right into the rodeos clowns legs. The sheep reered up and

tipped her off. She got up and said Mom I didnt do good and started to cry. It took a while for us to convince her she did great. Its difficult for me to see some qualities in Leiden that come from me. I hope she learns to be a little more relaxed like her dad when it comes to competition. She did do great and all the kids won a little trophy.
We went to Flaming George with the Smith family and on the way up an elk hit us, yes I said a elk hit us. We were only about 3 miles from our camp site so some nice lady helped us drive in the rest of the way.

We were super blessed none of us were hurt. The elks head was about 3 inches from Jakes face and we were covered in glass. I wanted to cry but Leidy just

kept saying don't worry mom its just an elk. She was right it was just an elk. Her favorite thing to tell people is that the elk pooped on our car. We had a ton of fun while we were there. I love to ski and Jake is good on the wakeboard. Leiden loves the tube. My parents really spoil us.

I was invited to paint a mural for an auction at the expo center. My first canvas painting ever. Scary!! Jake

and I celebrated an anniversary and had dinner at LaCaille (super fancy and fun) There were elegant birds walking all around us while we ate and this bird watched over us the entire time. While we were there they were having some bennefit dinner for kids with some disease. They had a silent auction that I wanted to go see so I invited myself over and was apparently standing right next to the coach for the Jazz. I went back my

Jake and he said did you

see that guy I said who? Obviously I am not too into sports like that since I cant even remember his name now. Finally, Leiden started school. She loves going and thinks she is a helper not a student. When the kids in her class don't follow directions she helps them out. Oh and I forgot that photo of Leiden and I eating was taken in the Parade of Homes we did for Holmes Homes. We spent a lot of time ther,e working on that house. Everyone should go see it.
Posted by Anonymous at 9:03 AM 2 comments:

When I started this crazy blog thing I thought oh once a month will be no problem. Well it is!!! so sorry anyone interested. Here are a few things I need to remind myself to write about as soon as I can get Jake to download the photos I need to compliment them beacause who really cares about the text. Photos are all that matters. Nothings better than a really awkward photo of someone you know. Like a crazy accident thats sad to see but you can't help but want to stare and with blogs you can stare all you want without getting caught.

Thanks to those who supported us in our Tour de Cure for Diabetes. It was the longest bike ride Jake and I have done so far on our new road bikes, 70 miles.

It was a breeze for Jake but a little more difficult for me. I drafted my pack of 5 the entire way. Thanks team, sorry I'm a pocket hog. We averaged about 18 mph and took advantage of every free goody pit stop available. I only had one melt down about 2 miles before the end.
Posted by Anonymous at 4:18 PM 8 comments:

Sweet Vacation. The Woottons were able to book last minute and join us and we had an awesome time. A few highlights: 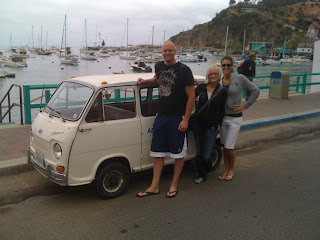 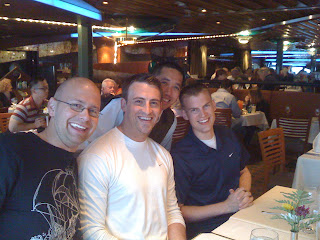 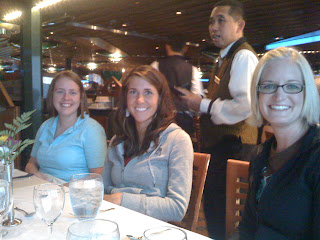 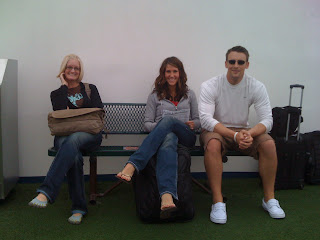