The following is taken from a letter Manon wrote to Dan. 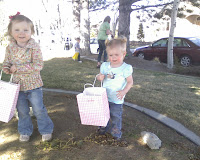 So last week we had some fun. Jake and I had part of the day off on Friday so we invited your family to go Disc Golfing. Jenn, Rob, Dad, Sarah, Leiden, Jake and I went to the Taylorsville course. Jenn didn’t want to play so she and Leiden just walked around the park. Your dad came armed with two new discs and “Special Gloves” he’s always taunting me and trying to get a rise out of my competitiveness. So I was really going to let him have it right out of the gate for this seasons golfing. I was throwing awesome. No one put their disc into the stream so that was disappointing. I guess we need you for that to happen. At the last basket we made 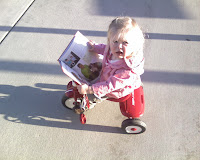 a deal like we always do. Right after we were going to have nitty gritty dinner so I proposed that the winner of just that basket gets to change an item from the 2nd course with any one of the loosers. My goal was to get your dads second course to be water, a fork and a knife. I was really psyching your dad out I guess because he put it over that fence twice. It was so so funny.

The meal was super messy and I ended up not trading with anyone on the 2nd course because I liked what I got. Oh, I guess I forgot to say that I won the disc golf with zero handicap. I even beat Jake by a stroke. I was on fire. The meal was fun as always. Your 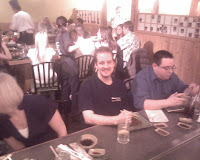 mom tried a new recipe that no one really like called chilled blueberry soup. Sarah was in charge of bringing people their courses but she wasn’t so good at monitoring people’s silverware so I had to keep my eye out for cheaters. One of the funny things was that Sarah got to choose the order of who got their food. Jake pointed out that she was choosing the order according to who she liked, so of course Jess was at the top Jake was somewhere in the middle and I was second to last followed only by Jess’s friend Melissa. I have made it a goal to move myself up in the ranks. Jake said it was going to take at least a year, but I think I am moving up way faster than expected. It’s funny to see how quickly you can change her mind into thinking your cool.

We had a guest this weekend that was kind of fun. It was one of Jakes employees 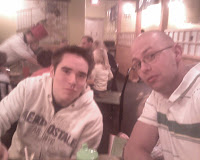 named Mike.
Conference was way fun at your parents’ house. Your dad had printed off these little kids play packets that went along with conference and one of the things was a word bingo. So all the kids listened downstairs and were really intense about the bingo. We all had cheating barriers up and little mints to mark our progress. There were prizes for the winner and of course I was the first to get bingo and then we went for black out but the dang speakers wouldn’t say Hymns or a few other words so no one won that. Jenn was in charge of handing out the prizes and she did an awesome job of finding cool prizes. I won a wind up swimming toy and a Reeses candy bar.

That’s if for now, hopefully I will have some fun things to tell you about this next week because we are going to BYU with the Pirate Bus to give out ice cream to 6,000 students.
Posted by Jake Seethaler at 5:51 PM

Manufacturing using injection molding typically requires significant upfront funding in tooling. That’s why it’s especially necessary to design your mould right the first time, somewhat than having to start out|to begin} again after discovering severe defects. Defects associated to the molding course of or materials tend to be easier and value effective} to solve. But irrespective of the cause, defects in molded products can damage your bottom line tremendously. Maritime is a model of high-precision hydraulic injection molding machine, MOTORCYCLE RAIN GEAR clamping pressure covers 60T-550T.